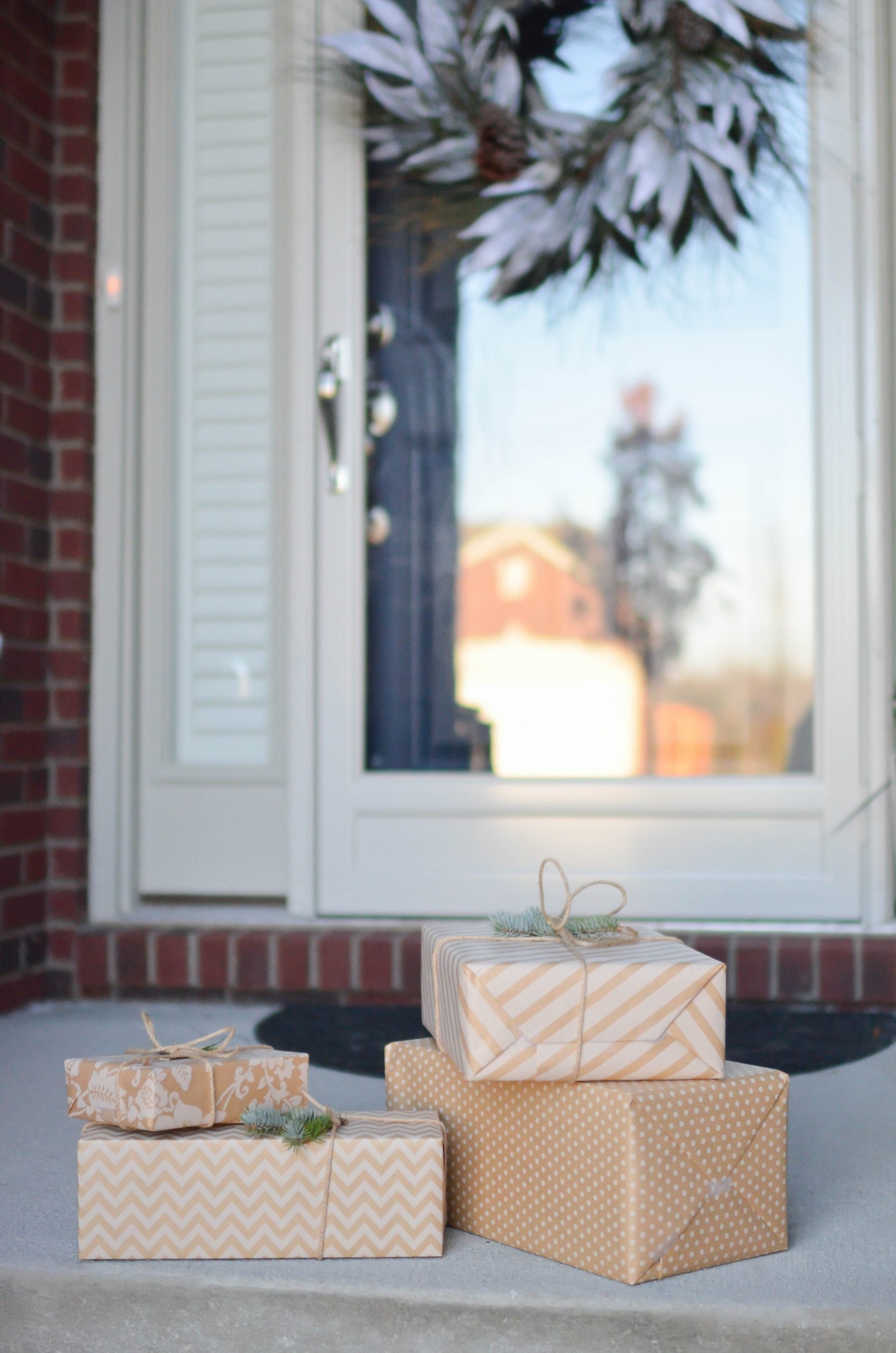 Not everyone wants to join in on holiday festivities with good intentions. Unfortunately, the holiday season is prime time for criminal activity in the scammer world, and businesses that get caught up in a scam can lose money and sleep trying to recover. To help organizations dodge any unnecessary additions to holiday stress, Everest Business Funding breaks down common holiday scams a business could run into and how to avoid being tricked and becoming a victim.

The holidays that mark the end of another year spark the season for giving. Though people are quick to assume that every donation inquiry is legitimate, that is not the case for greedy scammers. Cybercriminals can take advantage of a business by asking for donations through fraudulent links or websites requiring users to input personal information and a form of payment. Scammers can often appear legitimate by using an existing charity’s logo or similar messaging that can be found on a legal charity’s website.

A company can double-check to ensure they are not being spoofed by utilizing resources such as CharityWatch.org or CharityNavigator.org. The IRS also has a search tool to find tax-exempt organizations that help identify a nonprofit’s charitable status. If a suspicious website is utilizing a notable charity’s logo, a business can always contact a charity directly to donate rather than going through a questionable website.

The age of the pirate has yet to die, especially as porch pirates reign at an all-time high during the holiday season. Catching porch pirates on doorbell cameras has become a viral sensation as individuals and businesses seek to put a cap on the issue. Some people are so fed up with porch pirates they even plant packages on purpose for porch pirates to snag, only to suffer from the wrath of a glitter stink bomb.

When solving the problem of package theft, the most proactive approach to keeping new deliveries safe is having packages dropped in a package drop box secured by a code or key that only a recipient business can access. This helps keep packages safe so that organizations can avoid obsessive package tracking to race to a delivery spot and beat the strike of a porch pirate.

The holiday months are often a busier time for most businesses, and seasonal help is common for these businesses to seek. However, a company can get caught up in a scam when posting seasonal work offers and not even know it due to a lack of awareness and knowledge. Scammers are known to post advertisements for fake jobs in hopes of targeting the individual applying for the job. The online criminal will try and send a prepayment check or check to cover additional travel or work expenses for a job. This process leads job applicants to share personal information and allows a scammer to steal someone’s money from their bank account.

Therefore, if a business posts a job offer for seasonal work, keeping an eye out for fraudulent job offers that replicate a company’s job post can help spread awareness of this type of scam.

Everest Business Funding provides alternative finance options and revenue based funding to small business owners. They serve a diverse pool of businesses, from healthcare to retail, to help them obtain working capital to grow, buy inventory, launch marketing campaigns, or hire staff. Everest Business Funding’s clients are treated with respect and receive high-quality guidance and service from its professionals.

Related Topics:
Up Next

The Top Gadgets and Electronics for Car Enthusiasts

Eugene Pallisco’s Guide to Exercise Without Knowing It 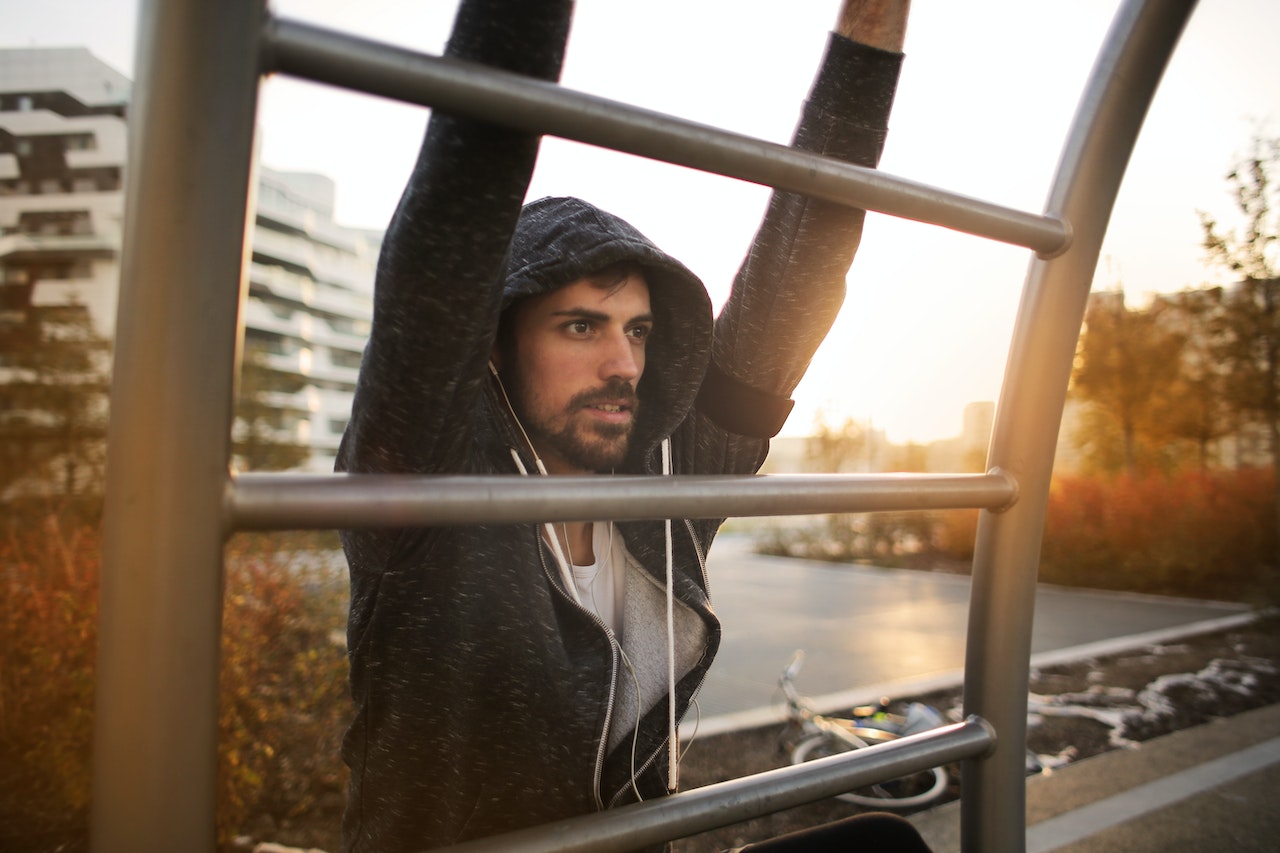 Everyone wants to love exercise. And while that’s a noble goal to work toward, sometimes it’s easier to trick the brain into exercise. These “exercises,” detailed by personal trainer Eugene Pallisco are especially useful when you feel you can’t convince yourself to do anything.

Many won’t even feel like exercise until you’re knee-deep into breaking a sweat, but that’s the point!

If the only thing barring you from moving your body is the impossible thought of executing optimal workouts, maybe you should set that aside for now. Movement of any kind can be a workout.

Sure, dancing in the mirror and lip-syncing into your hairbrush isn’t optimal if you want washboard abs. And maybe play-wrestling with your dog in the backyard isn’t going to help you bench more at the gym. But both are valid ways to exercise, and that’s what counts.

Another great way to trick your mind into a workout is body doubling. Body doubling invites friends, family, or your partner to exercise with you. It’s much more fun, and you can socialize while you do it to distract yourself from the burn.

Hiking or walking are excellent options, but even taking a class can boost your motivation to work out.

And it doesn’t have to be strictly an exercise class; maybe you want to take your mirror moves out on the town and take a salsa dancing class. You’d learn a skill, spend time with others, and work out simultaneously!

Are you someone who bounces your leg when you watch TV or sit at the computer? Have you been considering purchasing a standing desk? It’s time to start leaning into a more active lifestyle little by little.

Embrace the bouncing; being even slightly more fidgety can up your calories burned by a few hundred every day. And a standing desk is a great way to encourage more movement while also helping you keep a better posture.

Try using the stairs instead of the elevator or encourage the person you meet with later in the day to have a “walking meeting.”

It doesn’t have to be that serious, either. There are plenty of unique and fun ways to work out that your brain will swear are slacking off. Playing musical instruments, playing video games like DDR or Beat Saber, tossing around a frisbee in the park – all of these burn calories in a way that’s way more exciting than the treadmill.

While the suggestions in this article don’t necessarily substitute for measured workouts, anything that gets your body moving is a net gain. And it’s always going to be easier to find the desire if it’s an activity you look forward to.

Eugene Pallisco is a Dallas-based fitness expert and personal trainer who has tirelessly crafted a unique and powerful training philosophy. His main goal is to encourage others to follow their dreams and unlock the potential of their bodies.

He believes perseverance and determination are teachable assets that allow anyone to get the physique they desire.

The Top Gadgets and Electronics for Car Enthusiasts 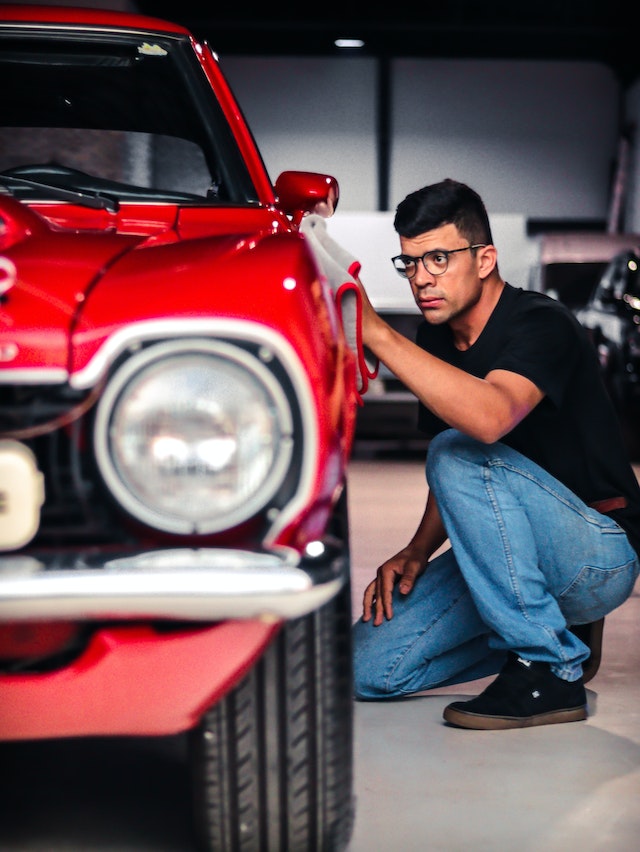 There are a wide variety of gadgets and electronics available for car enthusiasts, ranging from practical items that can help with maintenance and navigation to more recreational options for entertainment and convenience. Some popular options include:

These cameras can be mounted on the dashboard or rearview mirror of a car to record video while driving. Dash cams can be useful for providing evidence in case of an accident, as well as capturing interesting or memorable moments while on the road.

These devices provide turn-by-turn directions to help drivers find their way to their destination. Many GPS systems now offer real-time traffic updates, as well as the ability to search for points of interest such as gas stations or restaurants.

These kits allow drivers to make phone calls and access music and other media through their car’s audio system without having to hold a phone or use their hands. Find out which gadgets are the best with expert reviews on Parkslopedesign.

These devices allow drivers to charge their electronic devices (such as smartphones) while on the road. Some chargers offer multiple ports and can charge several devices at once.

These systems use sensors to monitor the pressure in a car’s tires and alert the driver if the pressure falls below a certain level. This can help prevent flats and improve fuel efficiency.

These cameras, which are mounted on the back of a car, provide a view of the area behind the vehicle when reversing. This can be helpful for maneuvering in tight spaces and can also help prevent accidents.

Many modern cars come equipped with built-in entertainment systems, including touchscreen displays, USB ports, and Bluetooth connectivity. These systems allow drivers and passengers to access music, videos, and other media while on the road. Creative party blog is the source for expert insights on the top gadgets.

How To Find the Best Gadgets and Electronics for Car Enthusiasts

There are a few key factors to consider when looking for the best gadgets and electronics for car enthusiasts:

By considering these factors, you can find the best gadgets and electronics for car enthusiasts that meet your needs and budget. Get the inside scoop on the top gadgets from the experts at ityourstyle. 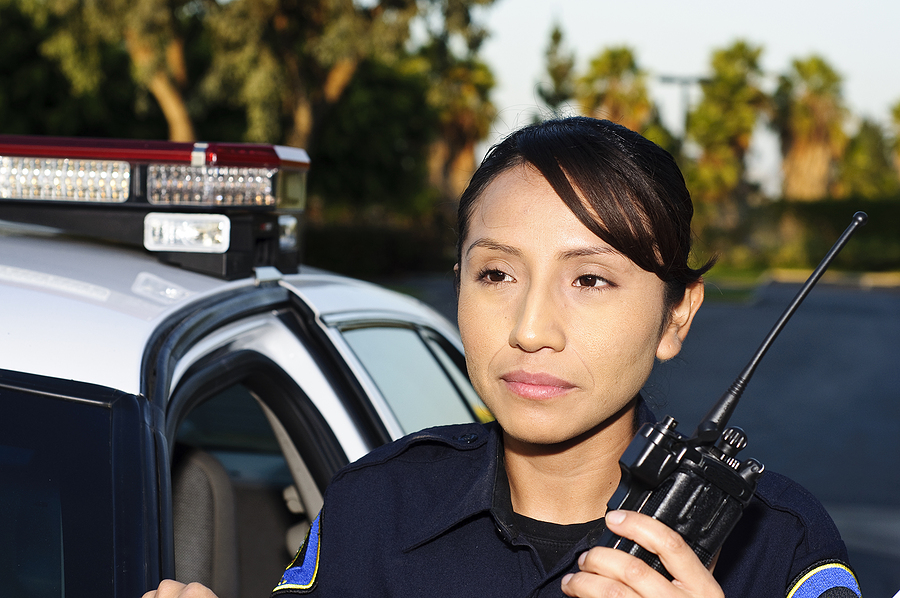 While many people are familiar with the United States Census every 10 years as mandated by the Constitution, over 100 different surveys are conducted by the US Census Bureau each year. SBB Research Group summarizes vital information from Census.gov about these lesser-known—but significant—surveys in this educational series.

The Police-Public Contact Survey is part of the more extensive National Crime Victimization Survey, which collects and reports detailed information on persons who had contact with the police. The following categories define contact:

Of note, some residents experienced multiple types of contact in an interaction with police which were not separated. Data have been collected periodically since 1996 on residents older than 16.

Income also affected the rate of contact with police. The survey divided groups based on annual household income: $24,999 or less, $25,000-$49,999, $50,000-$74,999, and $75,000 or more. Interestingly, residents who made over $75,000 were more likely to have contact with the police than the other income groups. However, that was driven by resident-initiated contact and partially by traffic-accident contact (see Table 1). There were no differences between income groups in police-initiated contact.

These data also report the proportion of residents who experienced nonfatal threats or use of force and whether the resident perceived these experiences as excessive or necessary. Threat or force was defined as pushing, handcuffing, hitting, grabbing, using pepper spray, using a taser, or pointing a gun. According to the 2018 results, males (4.2%) were more likely than females (1.1%) to experience threats or force. However, males and females did not statistically differ in their perception of whether the use of force was necessary or excessive (see Table 2). Additionally, there were differences between age groups. The PPCS segmented the data into five age groups: 16-17, 18-24, 25-44, 45-64, and 65 or older. The 45-64 and the 65 or older groups experienced less use of force than the other age groups. More people in age groups 16-17, 25-44, and 45-64 perceived the use of force necessary, whereas less thought of it as essential in the oldest age group. The oldest and youngest age groups felt that the use of force was excessive (see Table 2).

How is the Data Used?

Media outlets, government agencies, and activists use these results to understand how different people interact with police. For example, given the current social attitudes toward law enforcement, media outlets may spotlight specific results from this survey to support their claims. Additionally, politicians use these data for policy change, and law enforcement agencies may use it to examine the effects of changed policy and practice. Therefore, sharing the complete data and its unbiased reports from the Census Bureau allows the public to view these data to gain a deeper understanding of police-public interactions.

SBB Research Group LLC is a Chicago-based investment management firm that views the market through a systematic, interdisciplinary lens. Led by applied mathematician Sam Barnett, Ph.D., and Matt Aven, an experienced professional in economics and computer science, the company specializes in investments designed to protect and grow investor capital.

How to eat healthy and exercise well with Barack Obama